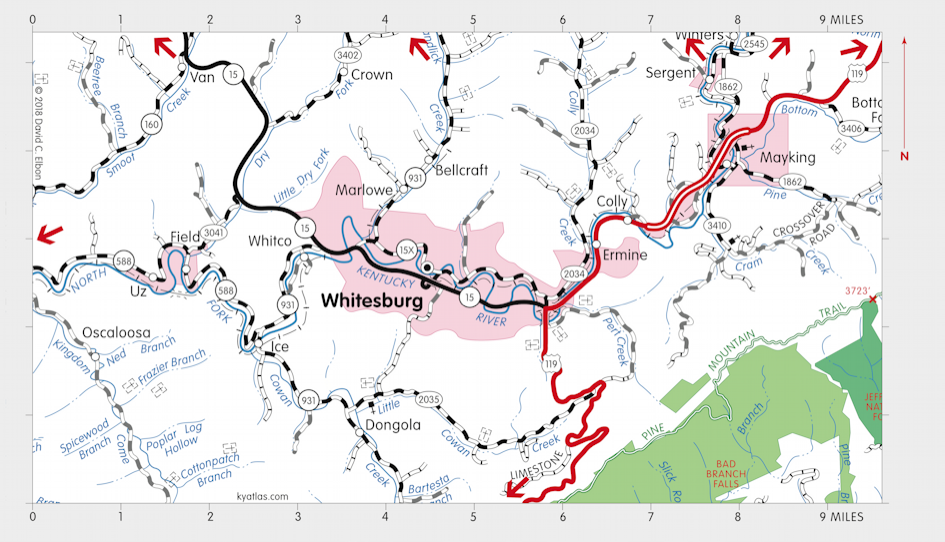 Mayking is a Letcher county community about four miles northeast of Whitesburg on the North Fork of the Kentucky River. It was settled by the early nineteenth century and was originally known as Bottom Fork. The origin of the name is obscure, but is said to be for a woman named May King, who may have been an early settler or the daughter or wife of an early coal mine owner. The Mayking post office opened in 1894. The population of the Mayking census designated place in 2010 was 487.