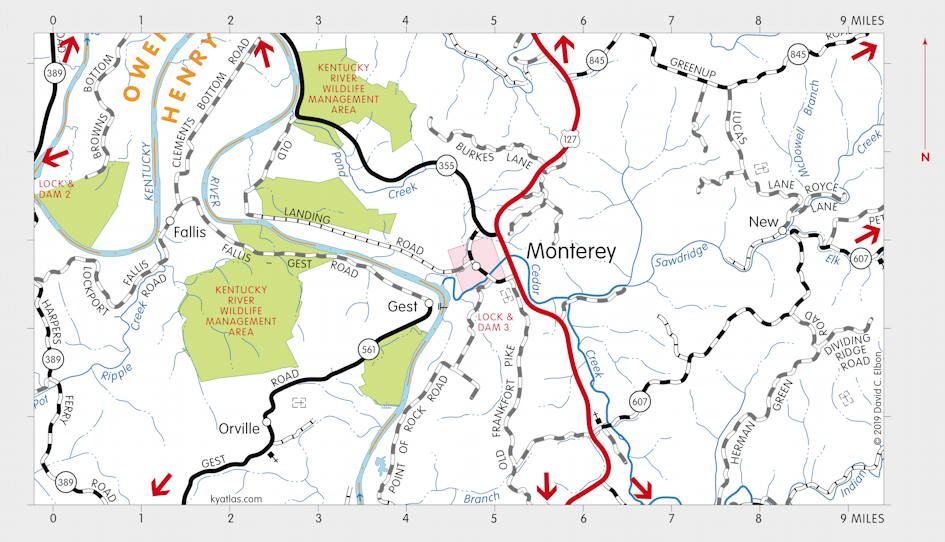 Monterey is a southern Owen county town near the Kentucky River on Cedar Creek about ten miles south of Owenton. The area was settled around 1805 by James and Alexander Williams and the site was first known as Williamsburg. Monterey was officially established in 1847 and incorporated in 1954. A Mouth of Cedar Creek post office opened in 1817 and was renamed Cedar Creek in 1825 and might have moved to the site of the town at that time. In 1847 it was renamed Monterey for the Mexican War battle. The post office has since closed. The population in 2010 was 138.