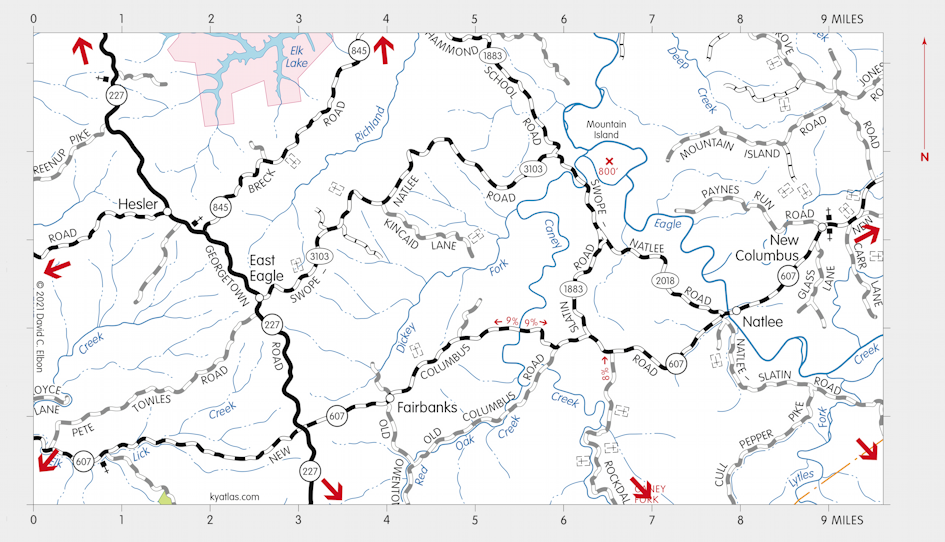 Natlee is an Owen county community on Eagle Creek about 13 miles southeast of Owenton. Joseph Lee operated a mill on the site by 1832 and his son Nathaniel had a distillery nearby. The Lee's Mills post office opened in 1849 and moved to New Columbus in about 1852. A Natlee post office, named for Nathaniel Lee, opened at the Lee's Mill site in 1898 and operated until 1905.

Sour mash whiskey from Nat Lee’s distillery, by then operated by one of his sons, won a gold medal at the 1893 World's Columbian Exposition in Chicago. The distillery burned in the early 20th century and wasn't rebuilt.

Natlee was the birthplace in 1888 of Willis Augustus Lee, a grandson of Nat Lee, who won seven medals in the 1920 Olympic games in shooting events and served as Vice Admiral of the United States Navy during the Second World War. He died in 1945.