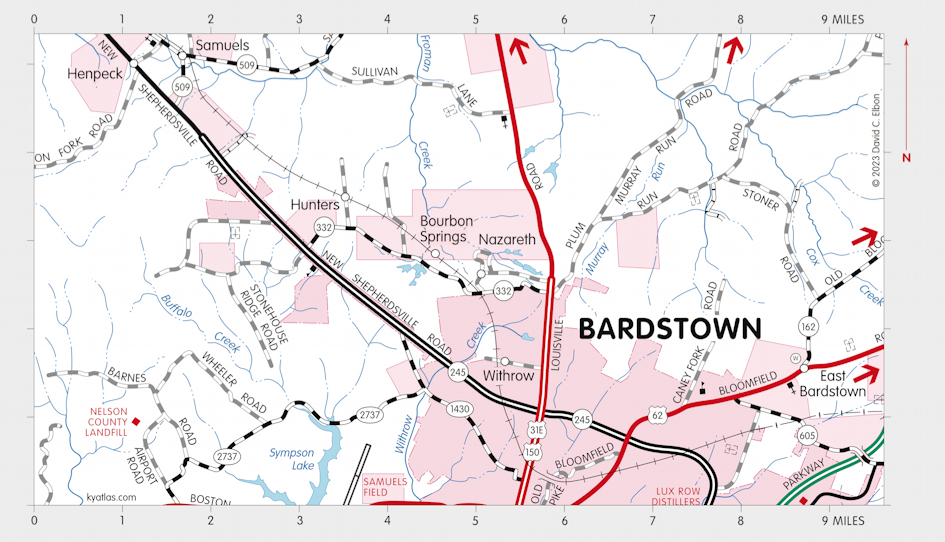 Nazareth is in Nelson county, about one mile north of Bardstown. The site became the home of the Sisters of Charity of Nazareth in 1822, founded in 1812 at Saint Thomas, south of Bardstown. A post office operated as Nazareth briefly in 1863 and reopened in 1888. Nazareth was also a station on the Louisville and Bardstown Railroad.