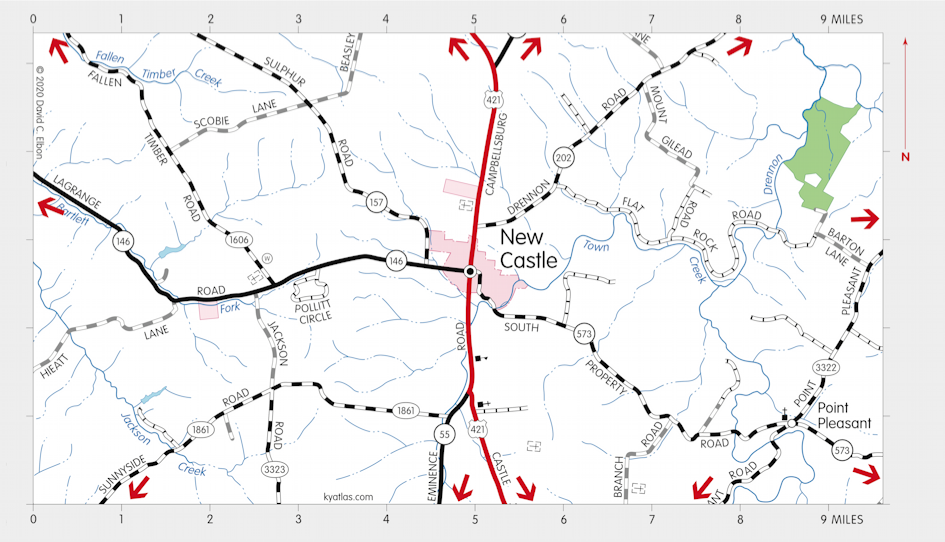 New Castle, the seat of Henry county, was established in 1798. The origin of the name is obscure. New Castle was incorporated in 1851. The New Castle post office opened in 1805, perhaps originally using the name Henry Court House. The population in 2010 was 912. 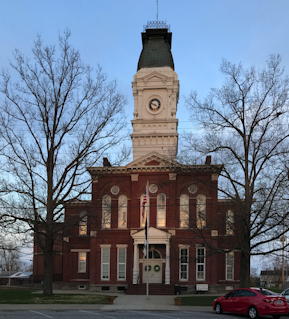 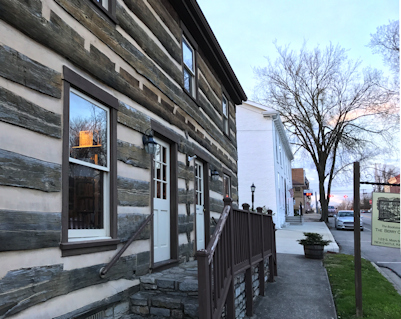 The Henry County Courthouse in New Castle was built in 1875. The Berry Center, inspired by the work of Wendell Berry, advocates for farmers, land conserving communities, and healthy regional economies.