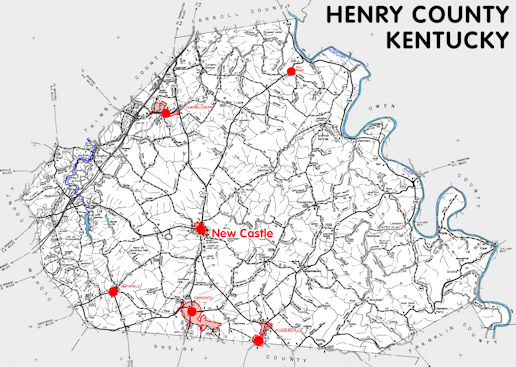 Henry county is in the Outer Bluegrass region of Kentucky. The elevation in the county ranges from 425 to 950 feet above sea level.

The equine population was 2,500 in the 2012 Kentucky Equine Survey.

Henry county is in the Louisville/Jefferson County metro statistical area and the KIPDA Area Development District.

Henry county was named to honor Patrick Henry, who was prominent in the American Revolution and later served as governor of Virginia.