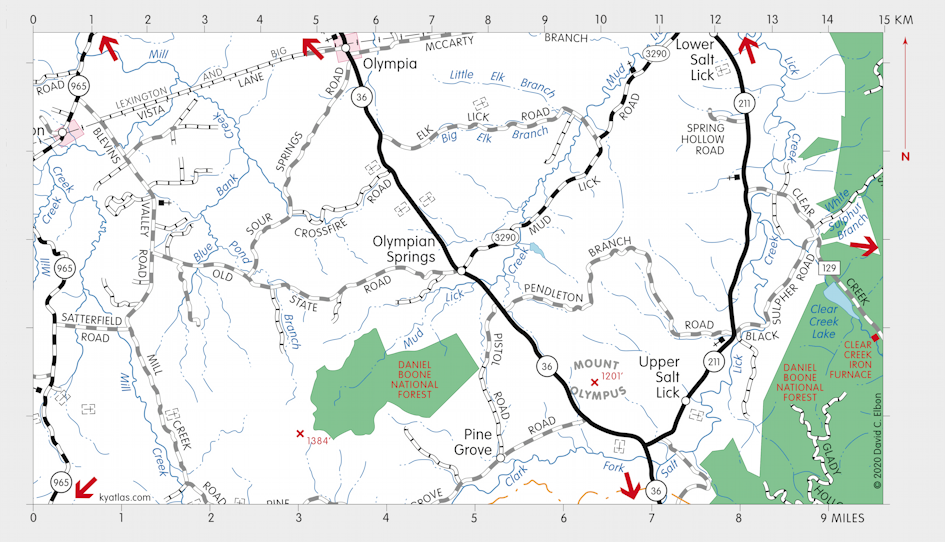 Olympian Springs was a resort and spa in southern Bath county located about seven miles southeast of Owingsville on KY 36. The site was originally known as Mud Lick Springs and the mineral springs attracted development before the beginning of the nineteenth century. It was named Olympian Springs around 1800 by Thomas Hart for a nearby hill called Mount Olympus. Through the years it had a succession of owners who constructed cabins and hotels on the site. Kentucky's first stage coach line, in 1803, ran from Lexington to Olympian Springs. The resort closed in the early part of the twentieth century. Modern maps often refer to the site as Olympia Springs and it is locally known as Mud Lick. The Olympian Springs post office opened in 1811 and operated intermittently until 1822.