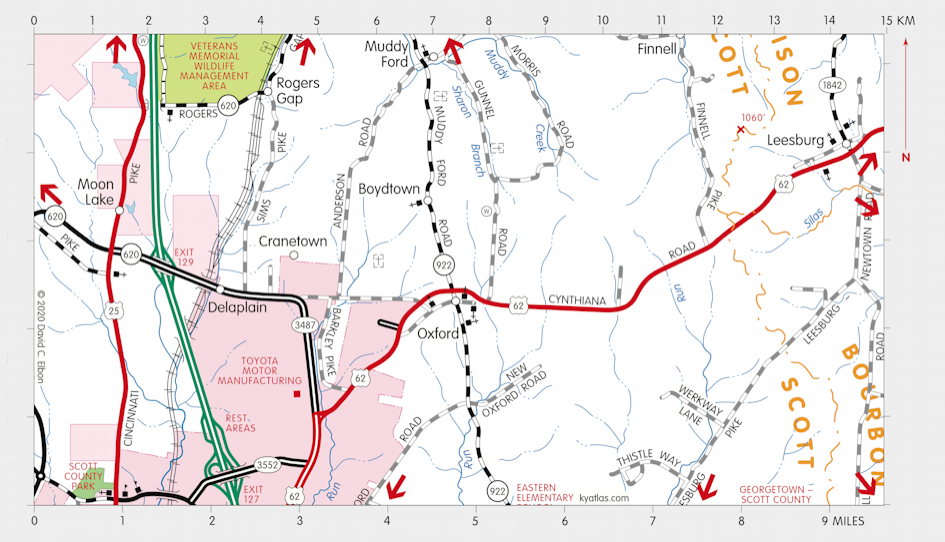 Oxford is a Scott county community on the northeast of Georgetown. It was established in the early nineteenth century by a man named Patterson and was known as Patterson's Cross Road. It was later known as Barkley's Crossroads and Marion Crossroads or Marion, both for later owners, and finally Oxford. The source of the present name is unknown. The Marion post office operated from 1836 until 1845 followed by the Oxford post office, which closed in 1902.