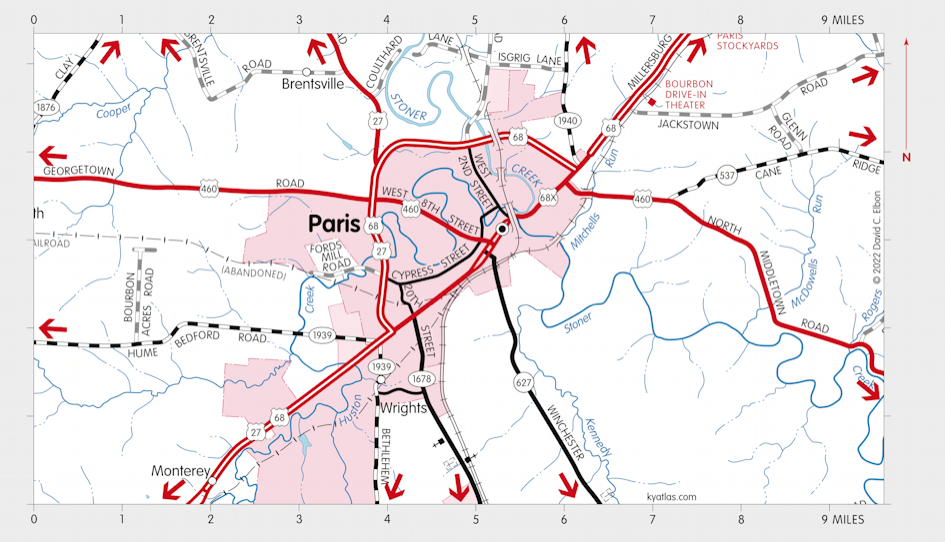 Paris is the seat of Bourbon county and is located near the center of the county on Stoner Creek at the mouth of Huston Creek. Settlement began near the Hopewell Spring with Joseph Huston's station in 1775. The town was chartered as Hopewell, Virginia in 1789 and renamed Paris the next year to honor the French assistance during the revolution.

Paris was incorporated in 1839.

The first post office opened as Bourbonton in 1794 and was renamed Paris by 1815. The town and post office were also sometimes referred to as Bourbontown and Bourbon Court House. 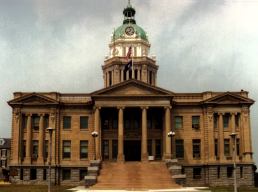 The Bourbon county courthouse in Paris, completed in 1905.

Paris, the chief town of Bourbon county, is situated on a fine hill, on Stoner fork of Licking river, at the mouth of Huston creek. There are a number of important manufactures here. Some of the houses have the appearance of magnificence. It is central to a delightful and populous country and is entirely an interior town, twenty miles east of Lexington, 60 miles south-east of Newport, opposite Cincinnati, and is north latitude 38° 18'. The scenery of no place in the western country surpasses that on the road between this place and Lexington. 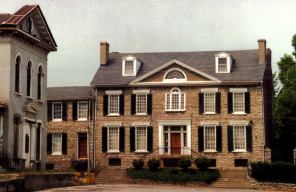 The Duncan Tavern in Paris was built about 1788. It is now the headquarters of the Kentucky Society of the Daughters of the American Revolution.