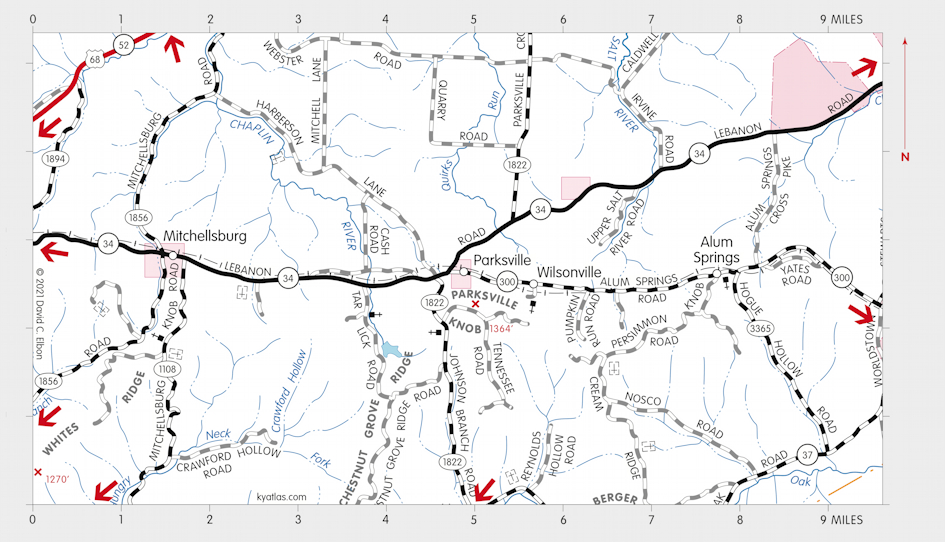 Parksville is a Boyle county community near the head of the Chaplin River about five miles southwest of Danville on KY 34. It was a station on the Louisville and Nashville Railroad, which arrived in 1866. The name probably comes from one of the local Parks families. Parksville was incorporated in 1867, but was later dissolved. The Parksville post office opened in 1859.

Parksville Knob, the highest point in the county, is just south of Parksville.