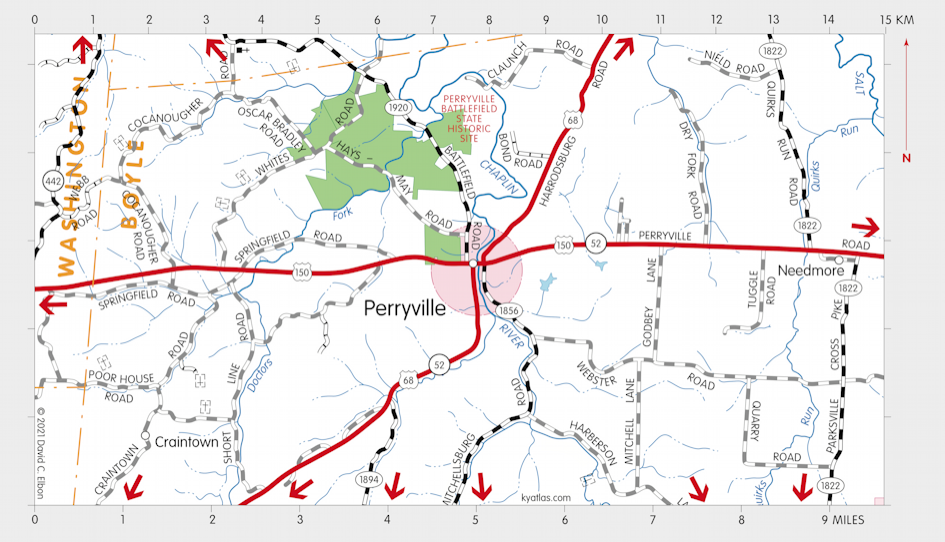 Perryville is a Boyle county city on the Chaplin River about nine miles west of Danville. The first settlers, led by James Harberson, arrived in 1781 and the settlement was known as Harberson's Fort and later Harberson's Crossing. The town was laid out in 1815 and named Perryville for Oliver Hazard Perry. Perryville was incorporated in 1867. The Perryville post office opened in 1816. The population in 2010 was 751.