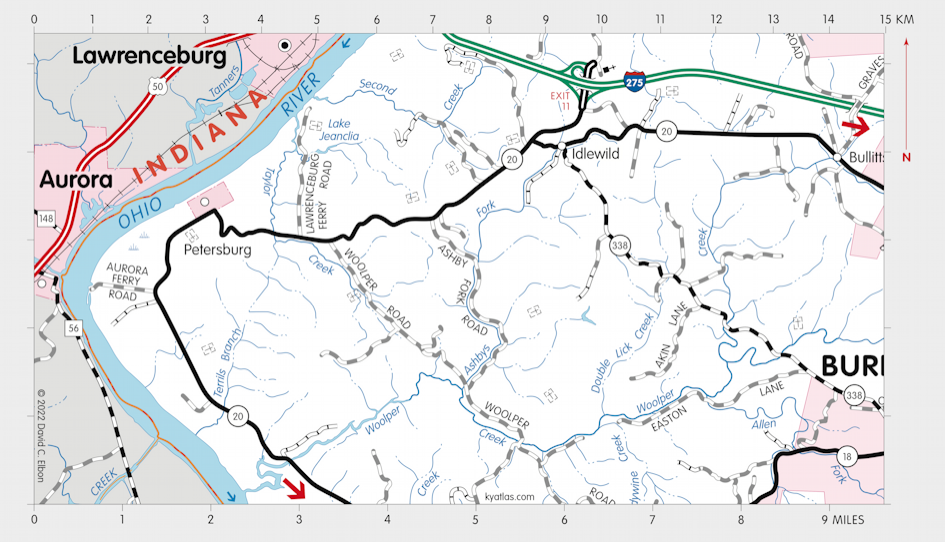 Petersburg is a Boone county community on the Ohio River about seven miles northwest of Burlington. This was the site of Tanner's Station, established by John Tanner before 1790, apparently on the site of an earlier Native American town. Tanner's Station was mostly abandoned before 1800. The town of Petersburg was established in 1818. The source of the name is obscure. (The settlement was also known as Caledonia and the source of that name also is not known.) It was a busy river town in the early nineteenth century with serveral industries and was the largest town in Boone county. Space was allocated in the town plan for a state capital, a plan which was not realized.

Petersburg was incorporated, probably in 1818, but was dissolved in the late twentieth century.

A ferry across the Ohio River to Aurora, Indiana operated outside Petersburg from 1819 to 1978.