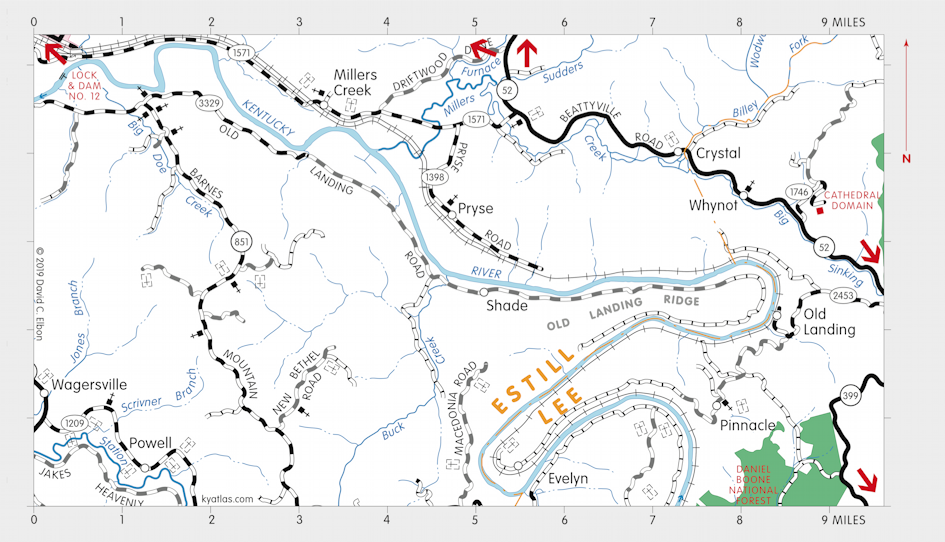 Pryse is an Estill county community on the Kentucky River about eight miles southeast of Irvine. An oil refinery was constructed there circa 1916 and passed through several owners until it was bought by the Texas Oil Company in 1926. Texaco operated the refinery until 1945 when it was sold to Ashland Oil. Ashland Oil closed it by 1947. The name Pryse came from an early land owner. From 1926 to 1945 the site was known as Texola, although there apparently wasn't a Texola post office. The railroad station on the Louisville and Nashville was known as Texola or Texola Station. The Pryse post office opened in 1904 and closed in 1994.