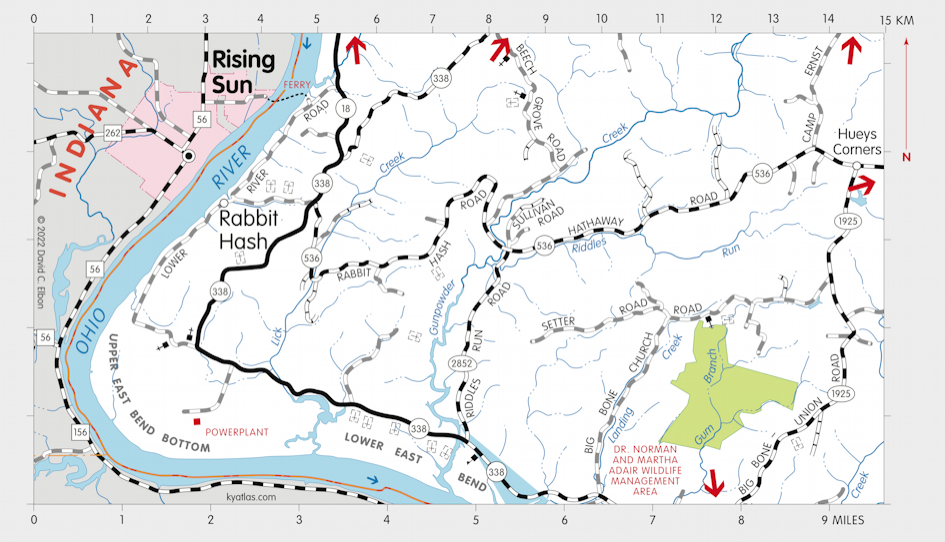 Rabbit Hash is a Boone county community on the Ohio River about eight miles southwest of Burlington. It was settled in the early nineteenth century and was originally known as Meek's Ferry Landing and Carlton, named for a local family. Once a larger town with several businesses and a ferry to Rising Sun, Indiana across the river, it has been plagued by flooding. Numerous stories exist to explain the name.

The Carlton post office opened in 1879 and was renamed Rabbit Hash two months later. It closed in 1912.

The population of the Rabbit Hash census designated place was 310 in 2010.

The circa 1831 Rabbit Hash General Store was destroyed by fire in February, 2016, but it was rebuilt and reopened in April, 2017. The store is on the National Register of Historic Places and is the center of the Rabbit Hash Historic District.