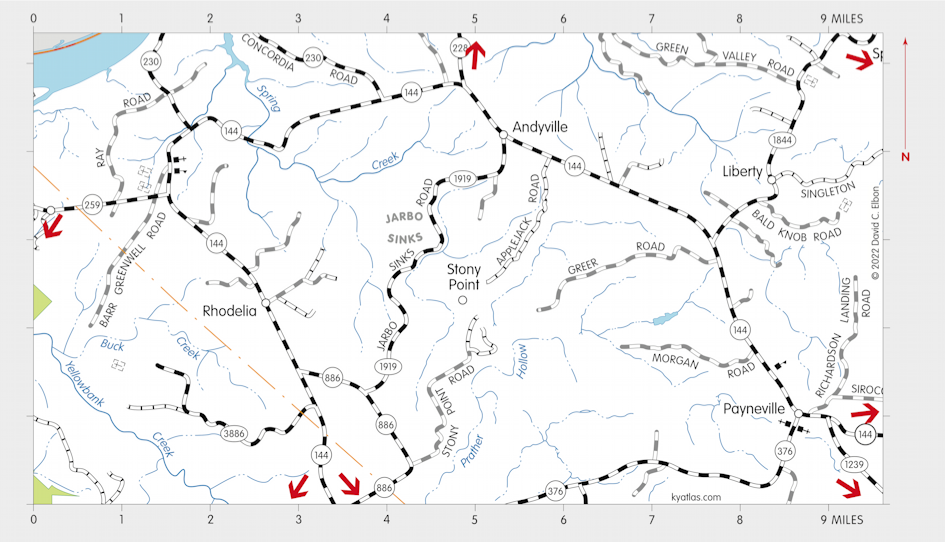 Rhodelia is a Meade county community about 13 miles west of Brandenburg. It was settled in the nineteenth century and was originally known as Vessels Woods for a local family. The name Rhodelia is for Elias Rhodes, another early resident.

About three miles northwest of Rhodelia is the Roman Catholic church Saint Theresa of Avila, established in 1818. The church building was completed in 1857 and is on the National Register of Historic Places. From 1866 to 1956 the Saint Theresa School operated there as well, with the school building used as a public school until 1993.