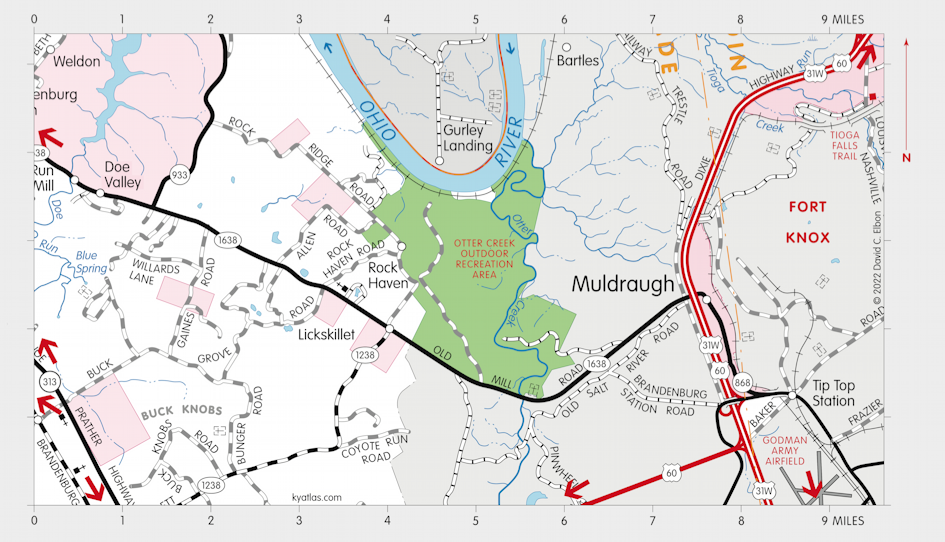 Rock Haven was a Meade county town downstream from the mouth of Otter Creek on the Ohio River, about 10 miles east of Brandenburg. The current location of the community is about a mile south of the River. It was an important nineteenth century river port and was Rock Haven Station on the Louisville, Saint Louis, and Texas Railway, which was constructed beginning in 1886.

Rock Haven is probably near the site of the proposed town of Ohiopiomingo.