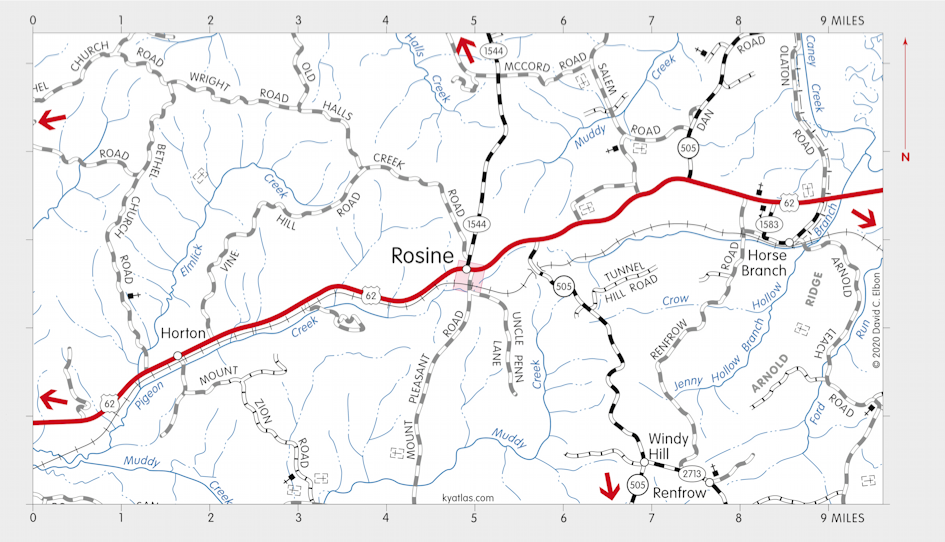 Rosine is a Ohio county community about eight miles east of Hartford. The community was a station on the Illinois Central Railroad and was originally known as Pigeon Roost, probably after Pigeon Roost Creek which flowed out of the nearby railroad tunnel. The name was changed to Rosine by the 1870s, the pen name of local author Jenny Taylor McHenry, whose husband Henry McHenry was the town founder. The Pigeon Roost post office opened circa 1857 and was renamed Rosine about 1873. The population of the Rosine census designated place was 113 in 2010.

Bill Monroe, known as the father of Bluegrass music, was born just outside Rosine.