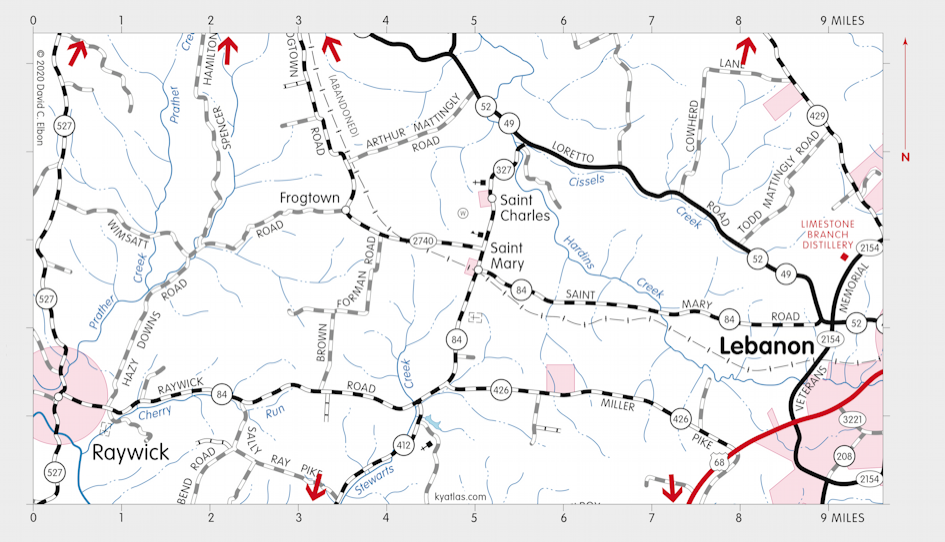 Saint Mary is a Marion county city about four miles west of Lebanon. It was settled around 1785 and was known as Hardins Creek. The area was also called Saint Charles, for the Saint Charles county, Maryland home of some early settlers, but the town was named Saint Mary's in 1858 for Saint Mary's College, which was founded here in 1821. The college closed in 1976. Saint Mary was incorporated in 1865. The Saint Mary's post office opened in 1858 and was renamed Saint Mary in 1893.