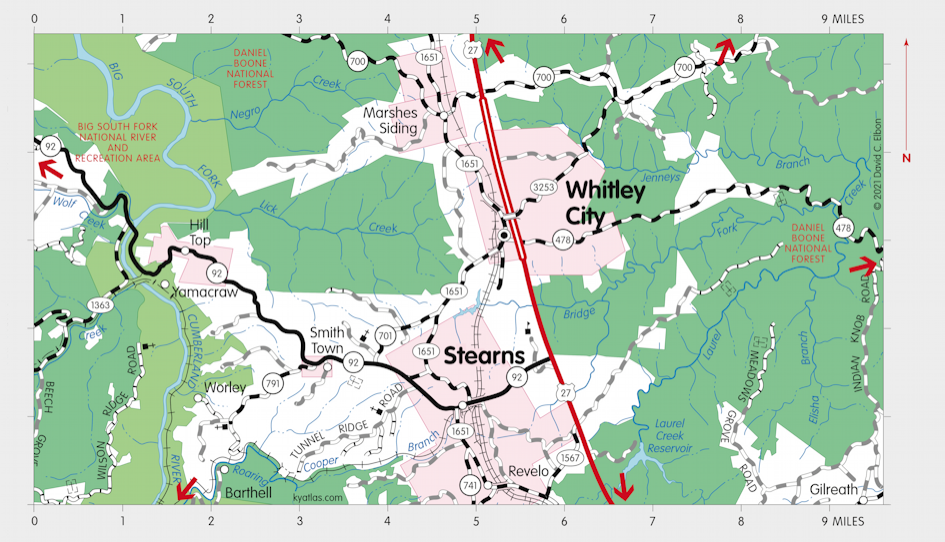 Stearns is a McCreary county town about a mile south of Whitley City. The site was settled about 1840 and known as Hemlock. In 1902 the area was bought by the Stearns Coal and Lumber Company which established the town. The Stearns Company controlled about 200 square miles in Kentucky and Tennessee and operated several mines, an electric generation plant, a sawmill, and a railroad. Stearns remained a company-owned town until about 1960. Stearns has never been incorporated, but it qualifies as an unincorporated urban place under Kentucky law. The Stearns post office opened in 1902. The population of the Stearns census designated place in 2010 was 1,416.

Stearns has been designated a Kentucky Trail Town.