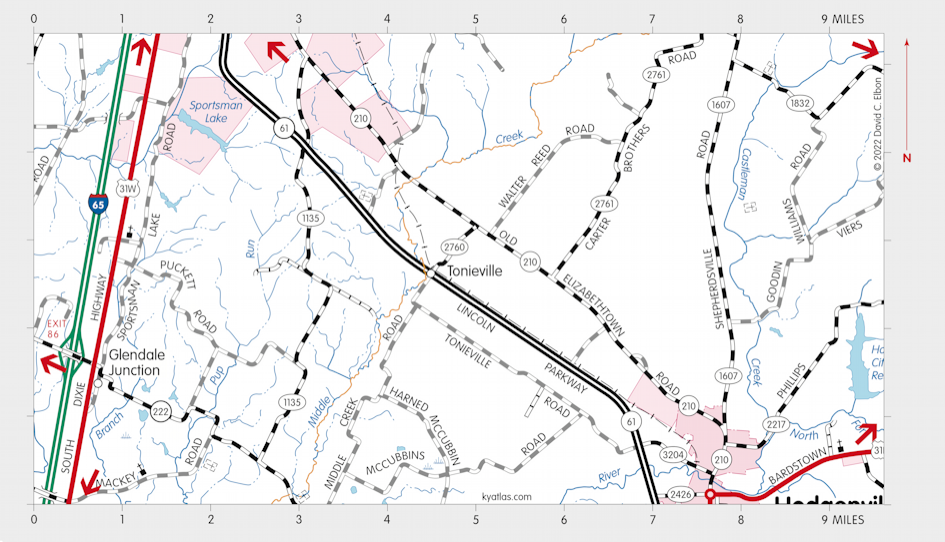 Tonieville is a LaRue county community about five miles northwest of Hodgenville. There was settlement in the area in the early nineteenth century, but the town was developed after the arrival of the Elizabethtown and Hodgenville Railroad in 1888. It was named for two land owners named Anthony, nicknamed Tone. The railroad line was part of the Illinois Central and was abandoned about 1978.