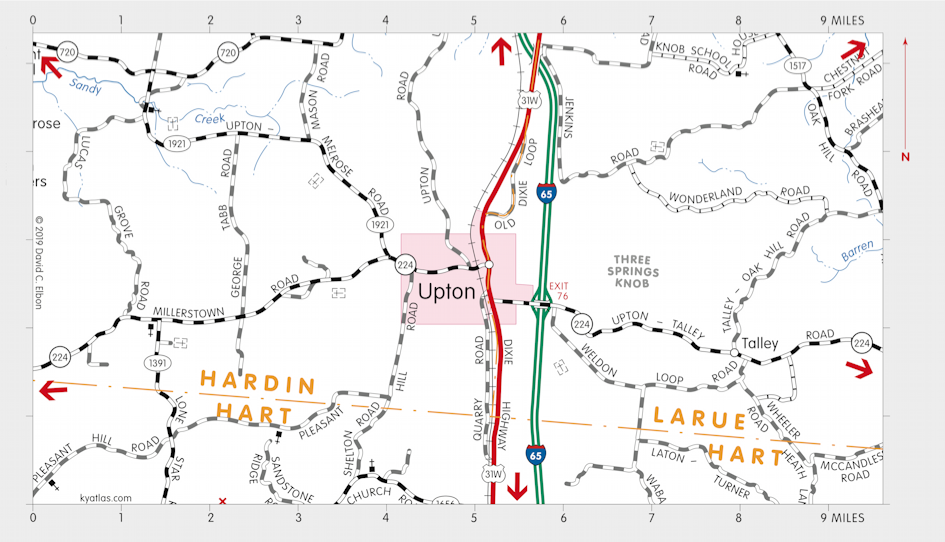 Upton is a southeastern Hardin county, extending into LaRue county, community. The area was settled by the middle of the nineteenth century and a Leesville post office, named for the postmaster, Silas Lee, opened about two miles south in Hart county in 1841. It was renamed Uptonville and moved to its present location in 1856 by George Washington Upton. The station on the Louisville and Nashville Railroad was called Upton's and the town was incorporated as Upton in 1865. The post office was renamed in 1892. The population in 2010 was 683, with slightly more than half on the Hardin county side.