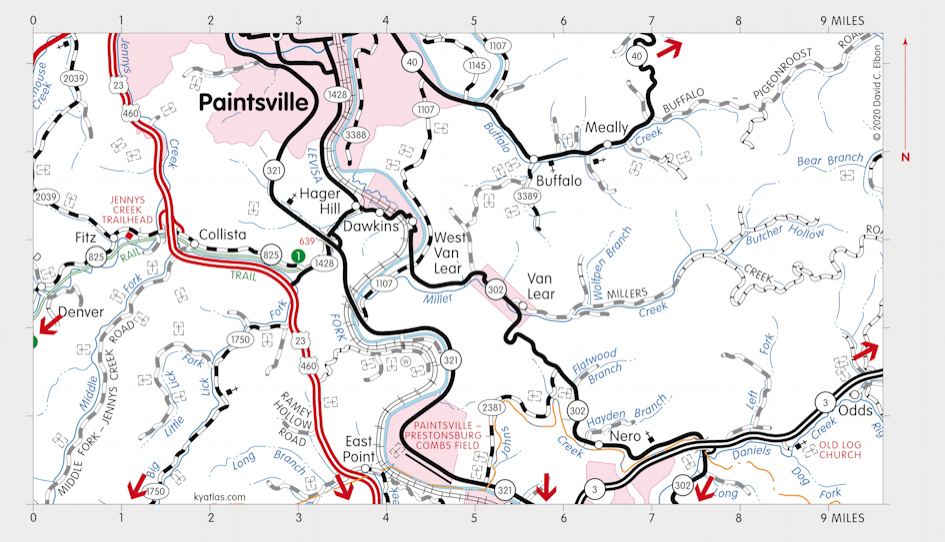 Van Lear is a Johnson county town about four miles southeast of Paintsville. The town was established by the Consolidated Coal Company in 1909 and named for Van Lear Black, a member of its board of directors. The town was chartered in 1912, but was dissolved in the 1960s. It was incorporated again in 1991 and dissolved in 1996. The population of Van Lear in 1990 was 1,050. The Van Lear post office opened in 1909. Auxier post offices operated in the vicinity of Van Lear from 1897 to 1899 and from 1902 to 1909, when it moved to Floyd county.

To the northeast of Van Lear off Miller Creek Road is the valley known as Butcher Hollow, the birthplace of musician Loretta Lynn. Her homeplace is now a museum.