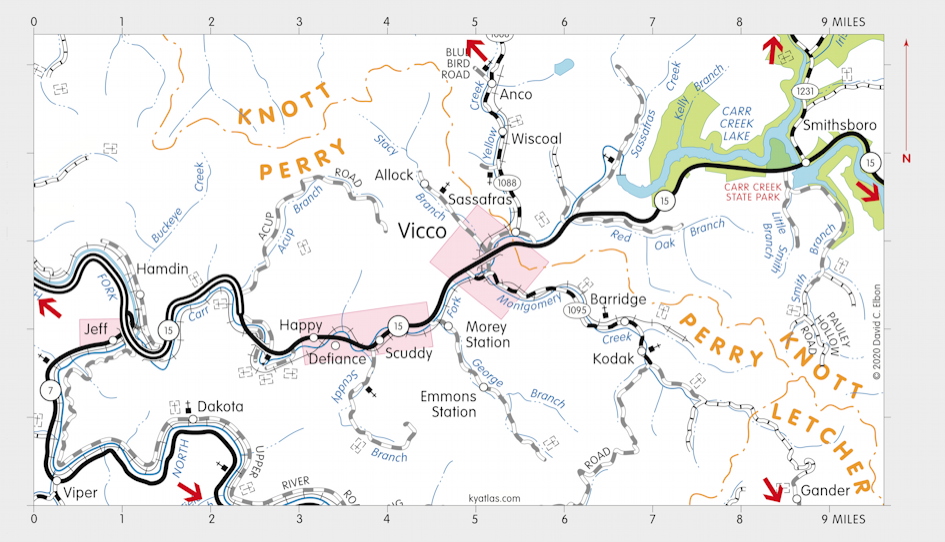 Vicco is a Perry county and Knott county city on Carr Fork about five miles southeast of Hazard. It began as the railroad station for the Virginia Iron Coal and Coke Company near the mouth of Stacy Branch about 1920. The station was known as Vicco, for the coal company, and the associated community may have been known as Millard, for the storekeeper. Nearby, near the mouth of Montgomery Creek, was the Montoco station of the Montgomery Creek Coal Company, also dating to about 1920. A post office opened in 1921 at Montoco, but it used the name Montago. It was renamed Vicco in 1923 and the entire area generally used that name. Vicco was incorporated in 1964. The population in 2010 was 334.