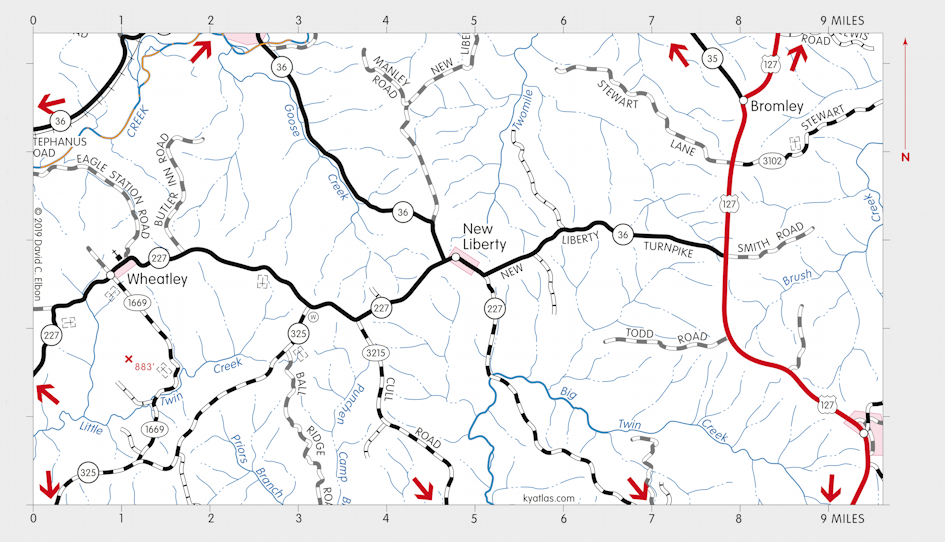 Wheatley is an Owen county community about nine miles northwest of Owenton. The area was settled by the early nineteenth century and originally known as Dallasburg. The origin of that name isn't known. The town later changed its name to Wheatley, for a local family.

Dallasburg was incorporated in 1850. It was renamed Wheatley and later was dissolved.