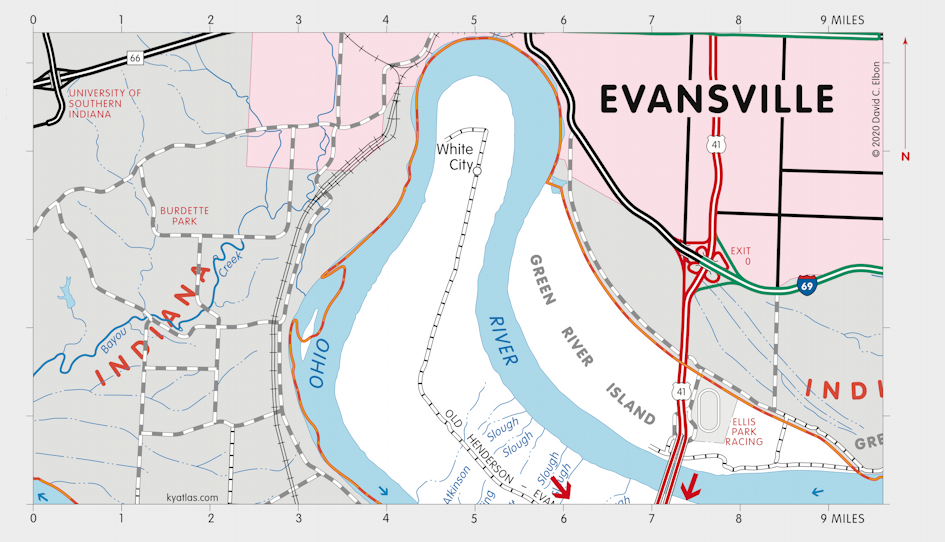 White City was a proposed Henderson county city about ten miles north of Henderson. Located in a bend of the Ohio River, it was promoted by the Crawford Development Company in 1910 as a planned, Utopian community. It was to include residential, commercial, and industrial space with ownership of property governed by a council and restricted to whites only, thus the name White City. The economic base was to be tobacco processing and funding was hoped for from Henderson and Evansville, Indiana, just across the river. A three-story community building was constructed, but the plan collapsed by 1911 and ended up in the courts.

Later schemes for the property included a resort and casino in 1918 after Indiana prohibited alcohol sales. This failed. Later plans for yacht clubs, etc. also failed. The building constructed in 1910 was apparentyly razed in the 1940s.