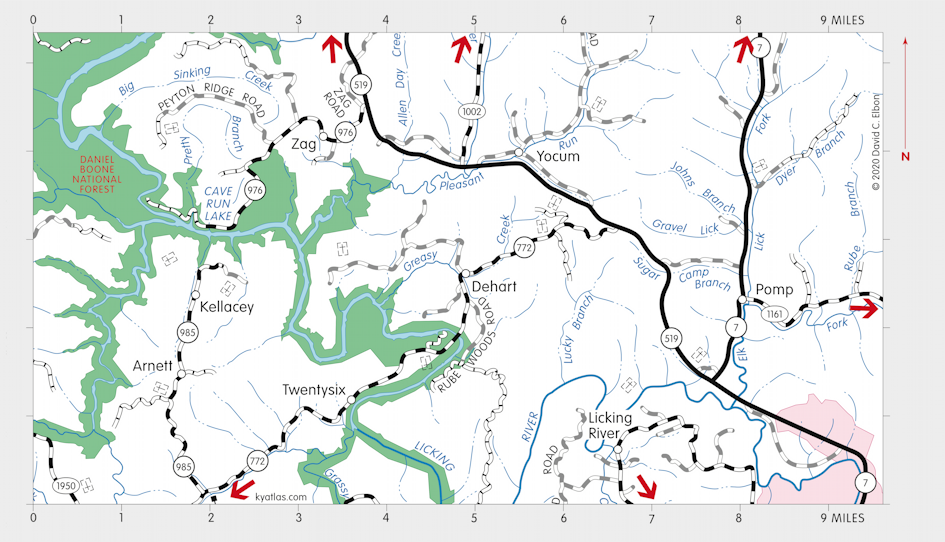 Yocum is a Morgan county community on Pleasant Run about six miles northwest of West Liberty. The community is also known as Pleasant Run. Apparently the post office was originally about three miles north at the head of Yocum Creek and was moved for reasons that are obscure. The name Yocum may come from a man who lived near the old location. (The old location later had a post office named Blaze.) The Yocum post office opened in 1875 and closed in 1981.