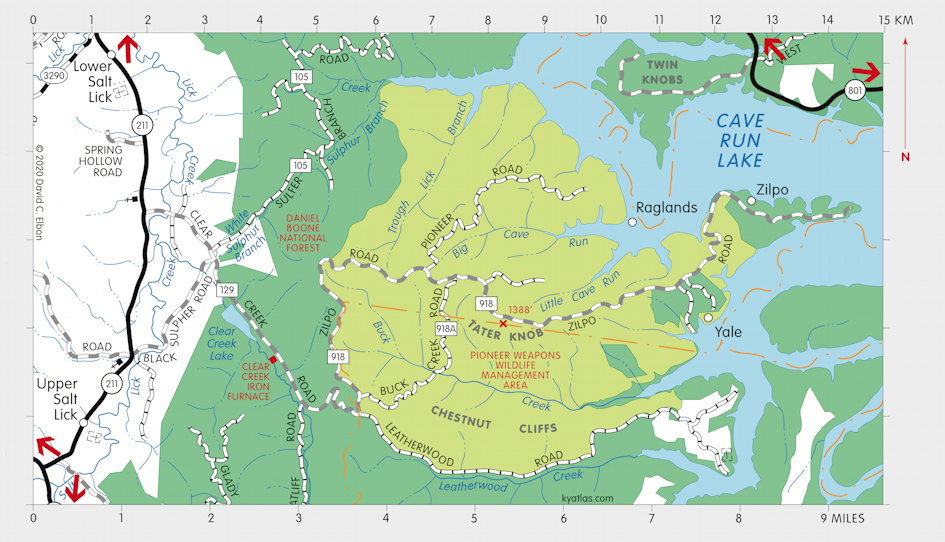 Zilpo was a Licking River community in Bath county about 12 miles southeast of Owingsville. It was named for Zillie Power, its first postmaster. Much of the old Zilpo area was inundated by the Cave Run Lake reservoir in 1969. The Zilpo post office opened in 1921 and closed in 1954.

An Anderson post office, named for its postmaster Anderson Johnson, operated near the location of the later Zilpo from 1881 to 1883. That location was also known as Licking or Licking Union. Licking Union was a station on the Licking Valley Railway, which operated out of nearby Yale.

The National Forest Service's Zilpo Scenic Byway ends at Zilpo on the western shore of Cave Run Lake. It runs through the Pioneer Weapons Wildlife Management Area for about nine miles and is also known as Forest Service Road (FSR) 918. Southwest of Zilpo along the road is Tater Knob, the highest point in Bath county.