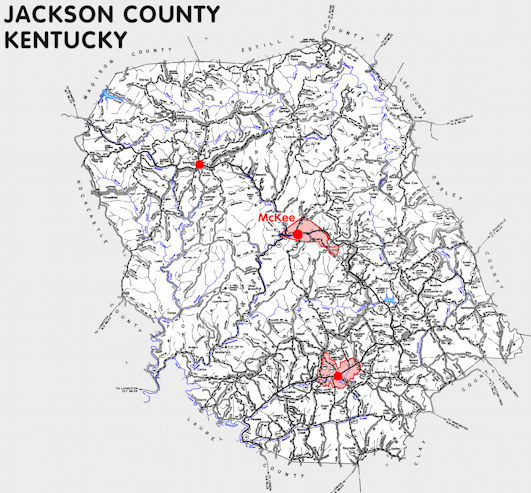 Jackson county is in the Eastern Coal Field region of Kentucky. The elevation in the county ranges from 650 to 1633 feet above sea level.

It was formed in 1858 from Clay, Estill, Laurel, Madison, Owsley, and Rockcastle counties. The county seat is McKee.

The equine population was 1,300 in the 2012 Kentucky Equine Survey.

Jackson county is in the Cumberland Valley Area Development District.