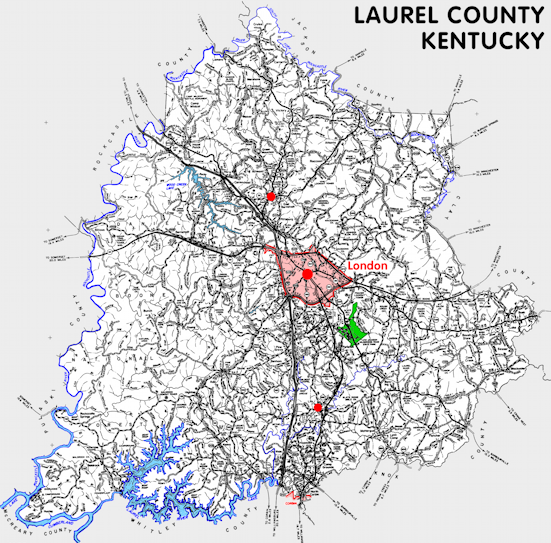 Laurel county is in the Eastern Coal Field region of Kentucky. The elevation in the county ranges from 723 to 1760 feet above sea level.

It was formed in 1826 from Clay, Knox, Rockcastle, and Whitley counties. The county seat is London. Laurel county was a source of Jackson (1858) county.

The equine population was 1,900 in the 2012 Kentucky Equine Survey.

Laurel county was named for the mountain laurel, which is abundant in the region.