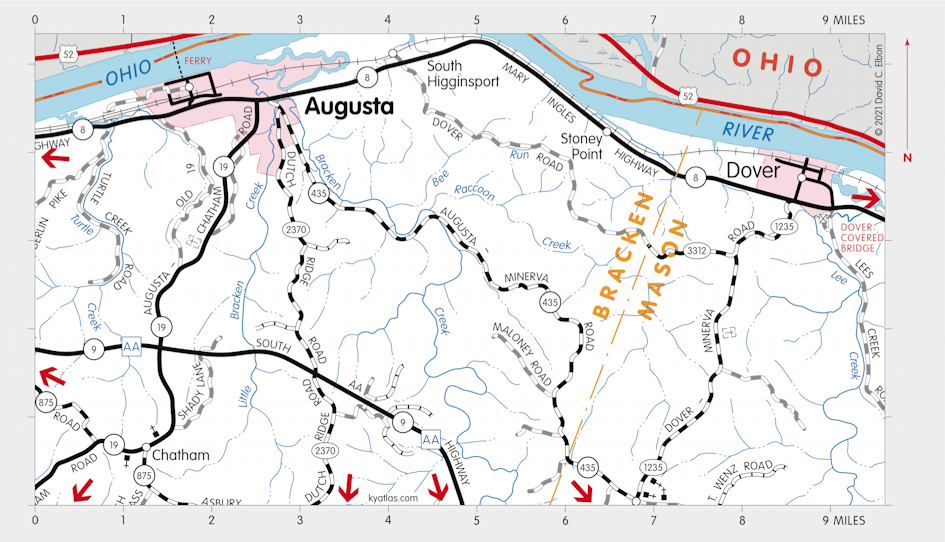 Augusta is a northern Bracken county city on the Ohio river. It is probably on the site of a large prehistoric settlement, but modern settlers began arriving in the late 1700s with the town dating to 1797. Augusta was named for the county in Virginia. It served as the Bracken county seat from 1797 to 1800 and again from 1802 until 1839, when it was moved to Brooksville. (From 1800 to 1802 the county seat was Oxford, but the location of Oxford is not precisely known.)

Augusta was incorporated in 1850.

The post office opened in 1801 as Augusta or Bracken Court House.

A ferry has operated at Augusta since about 1800, carrying traffic across the river to Ohio.

The Bracken Academy opened in Augusta in 1798 and operated until about 1822 when it became part of the new Augusta College. Augusta College was chartered by the state in 1822 and was operated by the Methodist church with some state support. It had at one time about 200 students, both men and women. It closed in 1849.