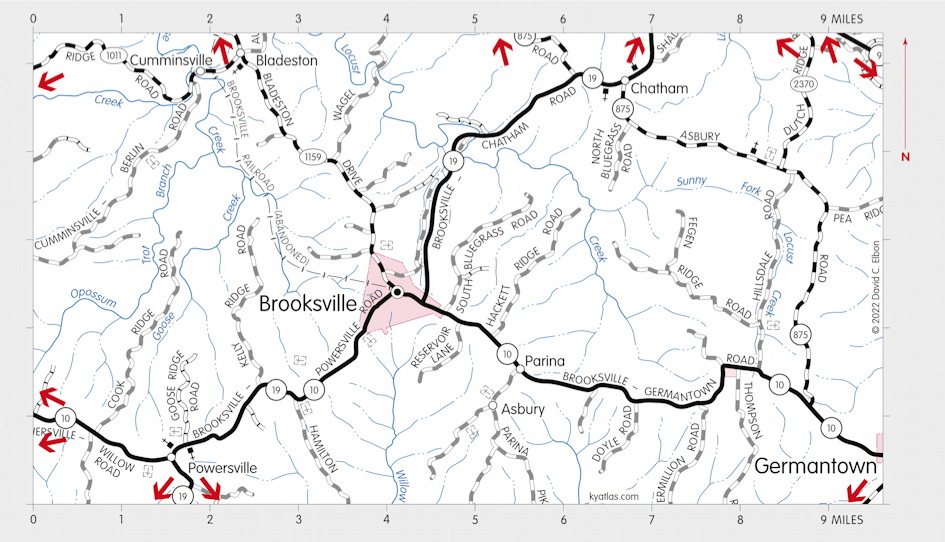 Brooksville, the seat of Bracken county, began as the settlement Woodward's Crossroads in the late 1700s. The county seat was moved from nearby Augusta in 1839 and the town was renamed Brooksville for David Brooks, the legislator who introduced the bill that made the change.

Brooksville was incorporated in 1839.

A Brookville Court House post office opened in 1842 and was also known as Brookville. The "s" was added to make the name of the post office Brooksville in 1901.