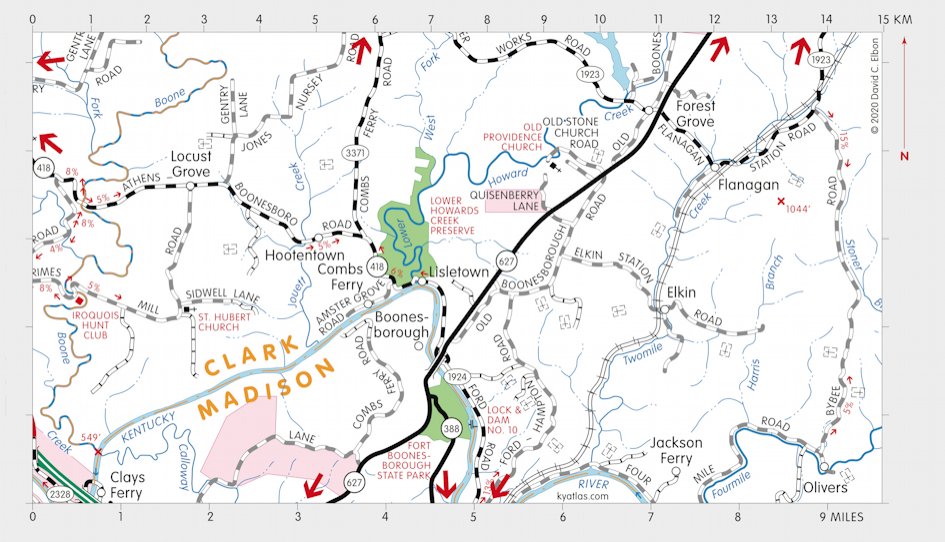 Boonesborough was a Madison county community on the Kentucky River at KY 627 and KY 388. Founded in 1775 by Richard Henderson, Daniel Boone, and the Transylvania Company, it was the first chartered town in the Kentucky region of Virginia. Mainly a way-station for settlers going elsewhere, the population was declining by 1800. It had a population of 68 in 1810 and by 1820 was no longer counted as a town by the census. In Collins' 1847 History of Kentucky, it is referred to as “a small and dilapidated village.” It is now the site of Fort Boonesborough State Park. A Boonesborough or Boonesboro post office operated at the site or nearby from about 1825 until 1845, from 1854 until 1866, and from 1914 until 1915. A Boonsboro post office operated across the river in Clark county from 1898 until 1903.