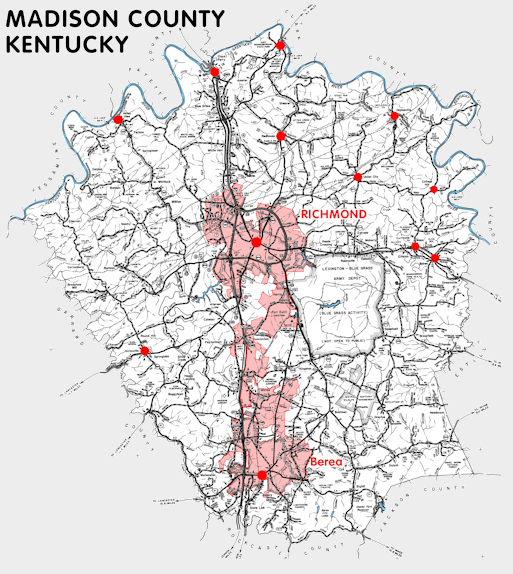 Madison county is in the Eastern Knobs region of Kentucky. The elevation in the county ranges from 530 to 1660 feet above sea level.

The equine population was 3,100 in the 2012 Kentucky Equine Survey.

Madison county is in the Richmond-Berea micro statistical area and the Bluegrass Area Development District.

Madison county was formed while the area was still part of Virginia and probably named for James Madison, who was then in the Virginia legislature. The original county seat was Milford, but it was moved to Richmond in 1798.

Madison county is the home of the Lexington-Blue Grass Army Depot, Eastern Kentucky University in Richmond, and Berea College in Berea.