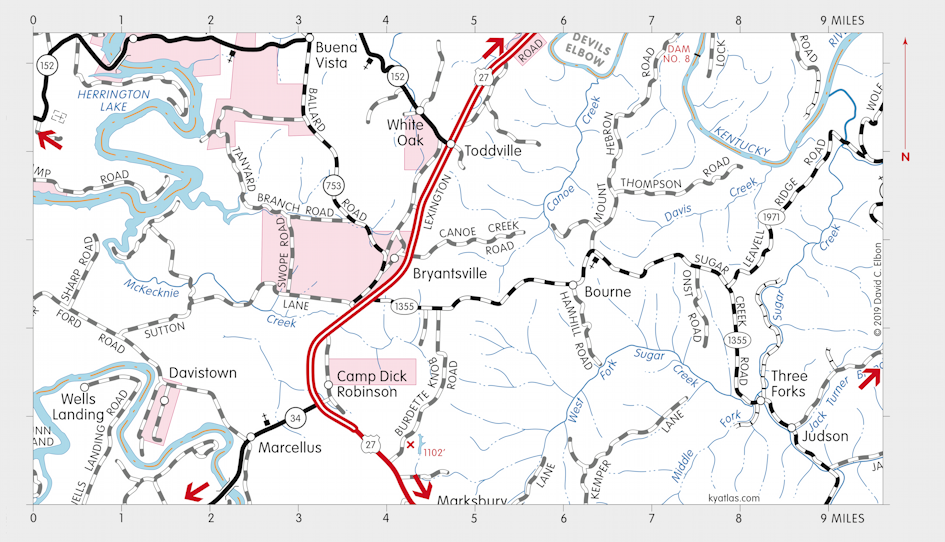 Camp Dick Robinson was in Garrard county about six miles northwest of Lancaster at the junction of the Lancaster – Danville Turnpike and the Lexington Turnpike. It was established in 1861 as an army enlistment station under the command of General William Nelson. It was named for Richard M. Robinson, who owned the land. After the death of Nelson in 1862 the camp was moved north and became Camp Nelson.

The site was the approximate location of the earlier Hoskins Crossroads.