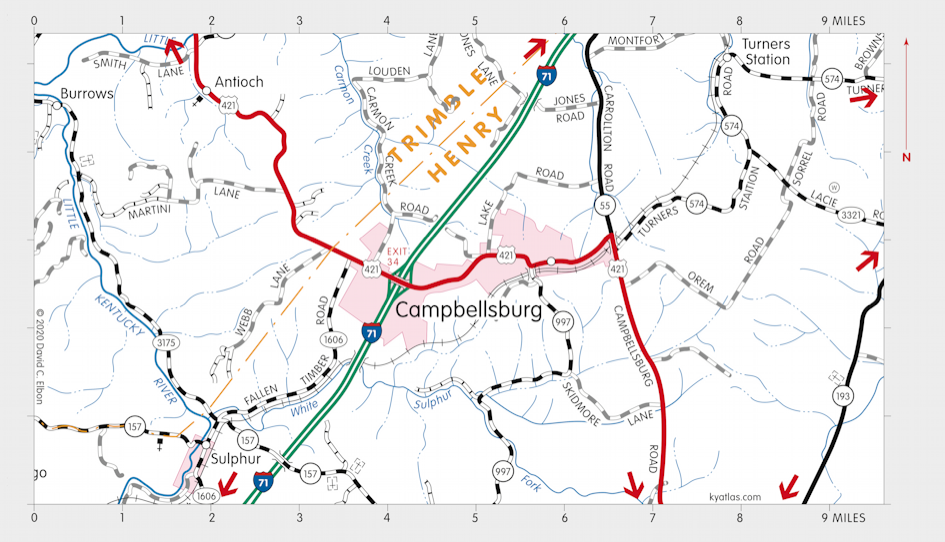 A post office opened in the area as Benevola in 1830 and was renamed Campbellsburg in 1840.