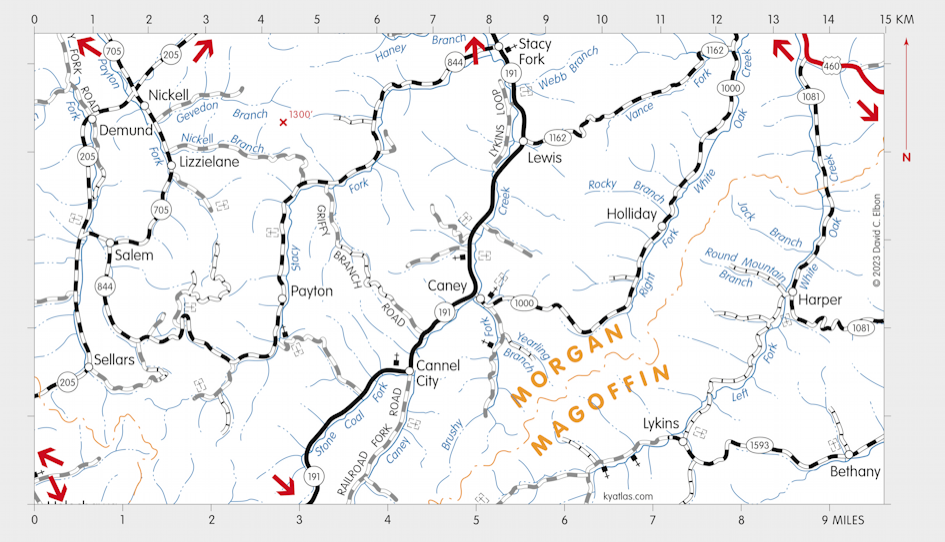 Cannel City is a Morgan county community on the Stone Coal Fork of Caney Creek about eight miles south of West Liberty. It grew up around the early twentieth century coal mines in the area and at its peak had a population of about 1,500 and was the largest city in the county. It was named for the locally abundant cannel coal containing a high percentage of volatile petroleum compounds that made it a particularly desirable fuel. The Cannel City post office opened in 1902.

The Ohio and Kentucky Railway track reached the site of Cannel City, which became its headquarters, in 1901 and until 1931 it serviced the Kentucky Block Cannel Coal Company and the local lumber industry. The railroad followed Caney Creek in Morgan county and included two tunnels south of Cannel City. The line ran from O & K Junction near Jackson, where it connected with the Lexington and Eastern Railway, about 40 miles to the Licking River near West Liberty. It also provided passenger service. It ceased operation in 1933.