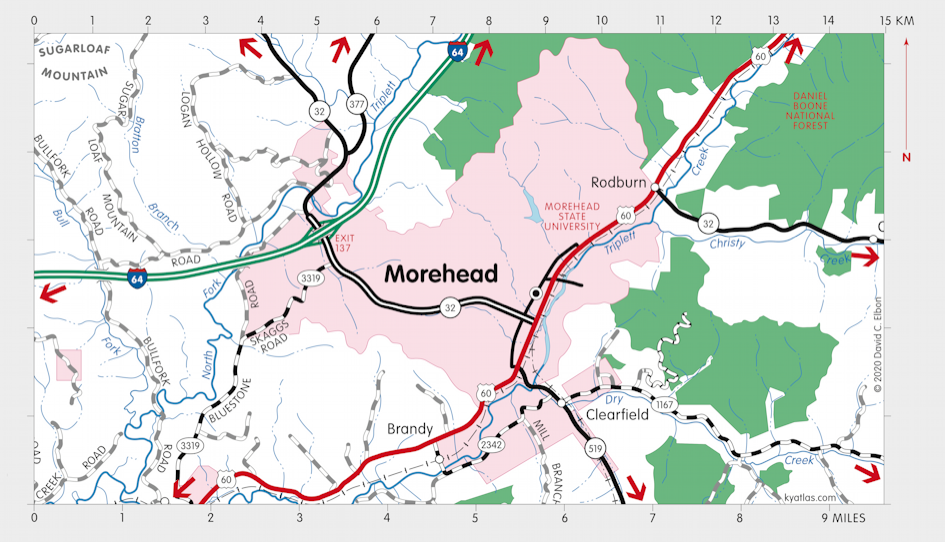 Clearfield is a Rowan county community on Dry Creek on the southeast edge of Morehead. Settlement began in the early nineteenth century with Dixon Clack's sawmill. Later development began in 1905 when the Clearfield Lumber Company, from Clearfield, Pennsylvania, opened its timber and coal operations, which lasted until 1925. This was followed by the Lee Clay Products company that made brick, tile, and other clay products until 1970. The Clearfield post office opened in 1908.

The Morehead and North Fork Railroad operated from about 1905 to 1973 to support the timber, coal, and clay activities. At its maximum it ran from Clearfield to Redwine, 33 miles away. The line included three tunnels.