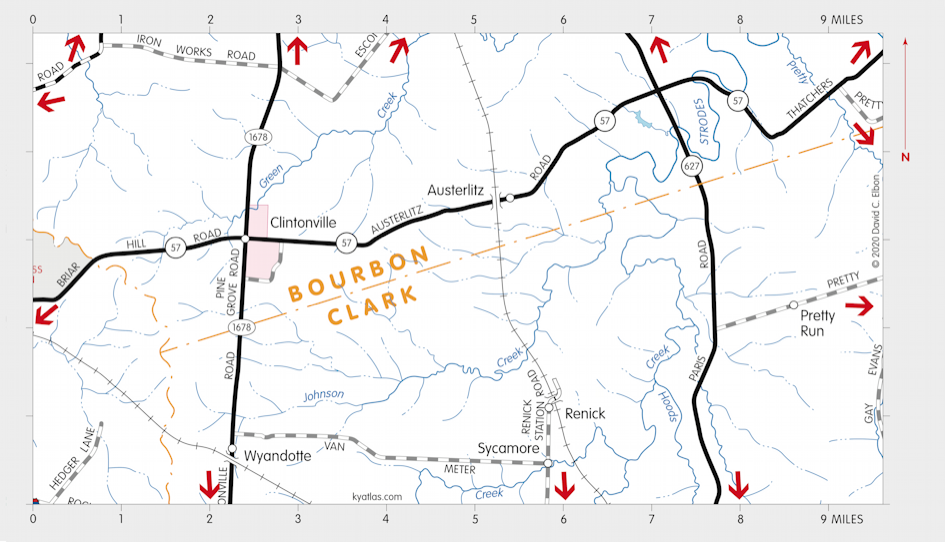 Clintonville is a Bourbon county community located at the junction of KY 1678 and KY 57 about six miles south of Paris. Originally called Stipps Crossroads for a family of early settlers, it came to be known as Clintonville for the local Masonic lodge, which was named for DeWitt Clinton. Cutright's Station was nearby with a tavern before 1800. Clintonville at one time had a cigar factory, hemp factory, multiple distillers, a bank, and other businesses.

Clintonville was incorporated in 1858, but was dissolved circa 1861.