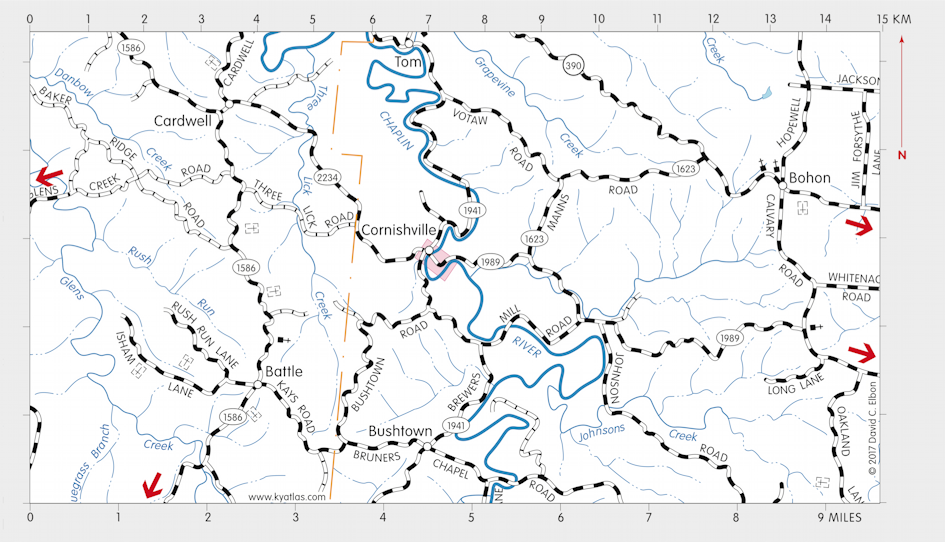 Cornishville is in Mercer county on the Chaplin River about eight miles west of Harrodsburg. Settlement began in the area in the early nineteenth century and it may have been known as Chaplin. The Cornishville name comes from the Cornish family, which operated a mill and built a covered bridge over the river. The town grew to over 800 by 1900, but declined during the twentieth century. Cornishville was incorporated in 1847, but was later dissolved. The post office opened in 1846 and closed in 1986.