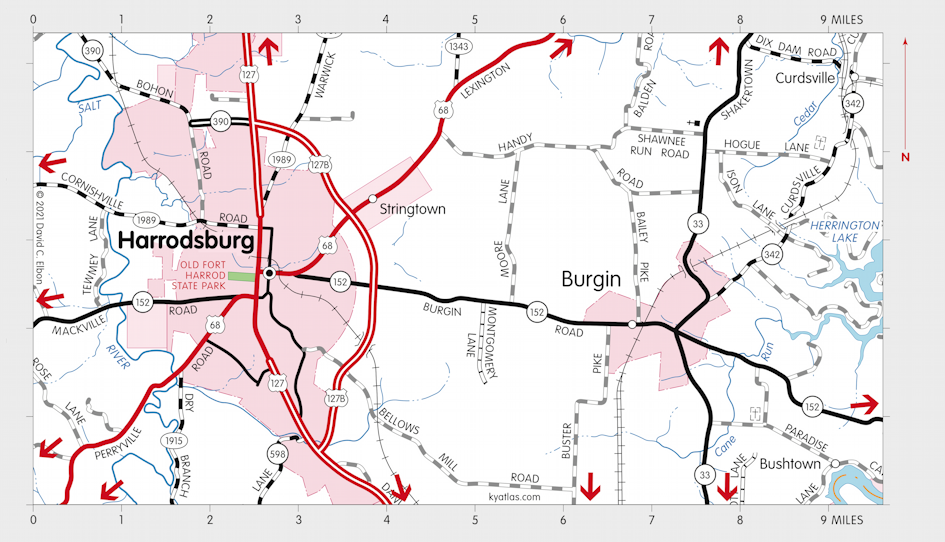 Harrodsburg, the seat of Mercer county, is located south of the center of the county on the Town Branch of Salt River. It was founded by James Harrod in 1774 as Harrod's Town (or Harrodstown) and is probably the oldest Anglo-American town in Kentucky. It was the seat of Kentucky county, Virginia when it was formed in 1776, then the seat of Lincoln county, formed in 1780, and remained the county seat when Mercer county was formed in 1785. Harrodsburg was incorporated in 1836. The Harrodsburgh post office, probably the second in Kentucky, opened in 1794 and its spelling was changed to Harrodsburg in 1894. The population in 2010 was 8,340. 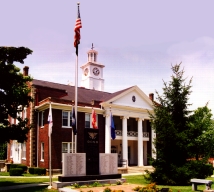 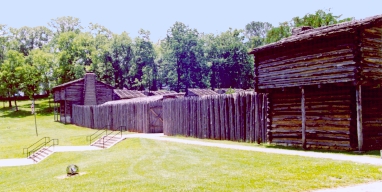 The present Mercer county courthouse, the third, was completed in 1913. Old Fort Harrod State Park, located in Harrodsburg, includes a reconstruction of the 1775 fort.