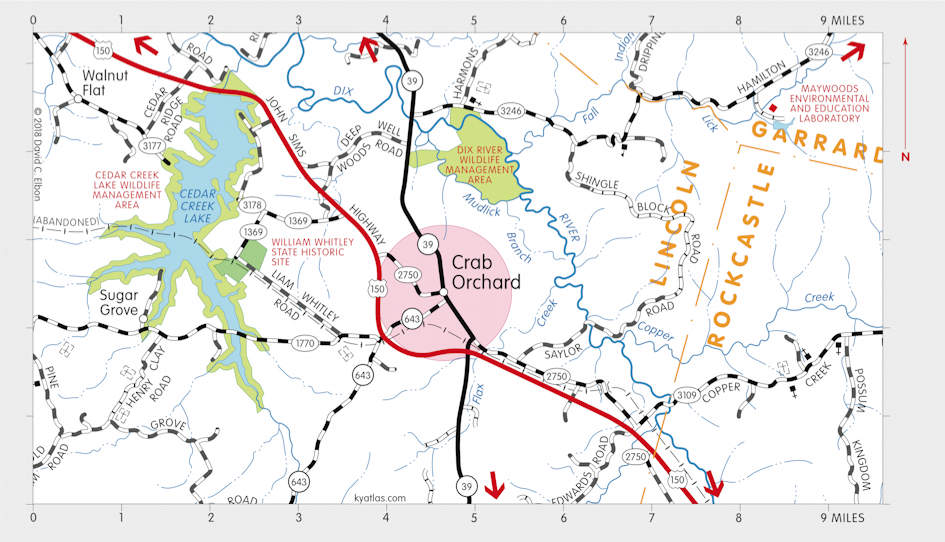 Crab Orchard is an eastern Lincoln county town about ten miles southeast of Stanford. It was probably named for a stand of crab apple trees. Crab Orchard was at the end of Logan's Trace of the Wilderness Road and was an early pioneer station. The are several mineral springs in the area and from 1827 until 1922 taverns and hotels were located at Crab Orchard Springs. Crab Orchard was incorporated in 1849. The post office opened in 1815. The population in 2010 was 841.

Northeast of Crab Orchard is the Maywoods Environmental and Educational Laboratory, part of Eastern State University.