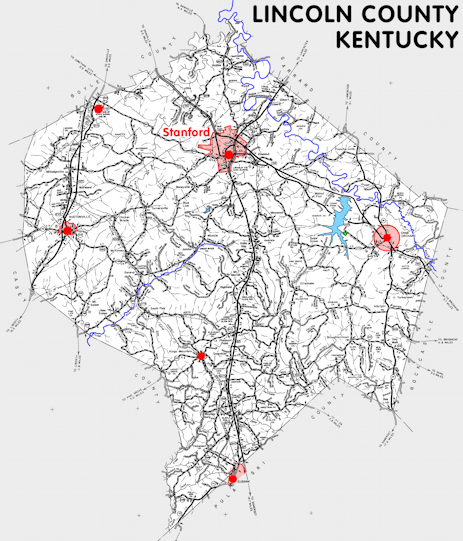 Lincoln county is in the Southern Knobs region of Kentucky. The elevation in the county ranges from 760 to 1440 feet above sea level.

The equine population was 3,000 in the 2012 Kentucky Equine Survey.

Lincoln county is in the Danville micro statistical area and the Bluegrass Area Development District.

Lincoln was one of the original counties in the Kentucky territory of Virginia. It was named for General Benjamin Lincoln, a Virginia soldier who was a British prisoner at the time the county was formed.

The original county seat was Fort Harrod, which is now Harrodsburg in what is now Mercer county. It was moved to Logan's Fort, now Stanford, in 1787.