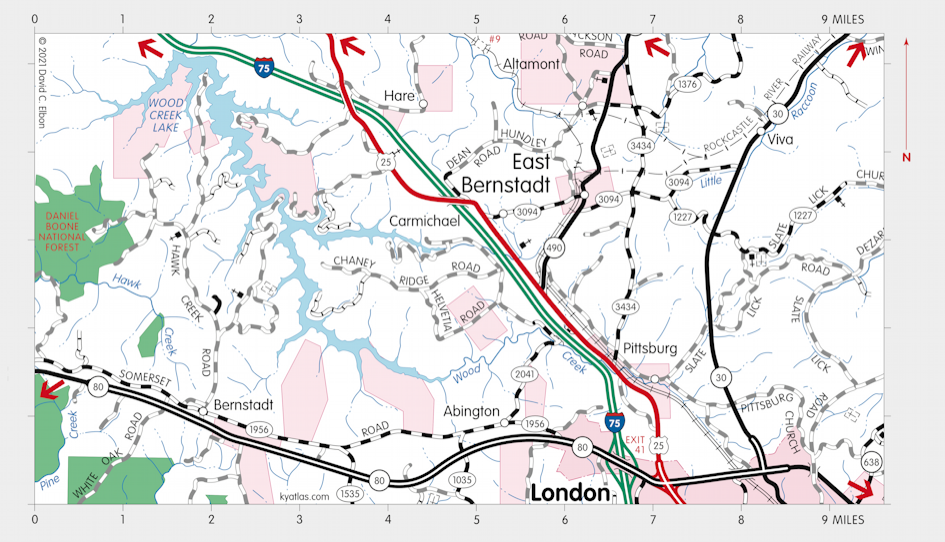 East Bernstadt is a Laurel county community about five miles north of London. It was mainly a coal town and was home to many Swiss immigrants, who had also settled in several places nearby, including Bernstadt. In the early twentieth century it was at the junction of the Louisville and Nashville Railroad and the Rockcastle River Railway. A Mullins post office opened in 1881 and was renamed East Bernstadt in 1904. The population of the East Bernstadt census designated place was 716 in 2010.