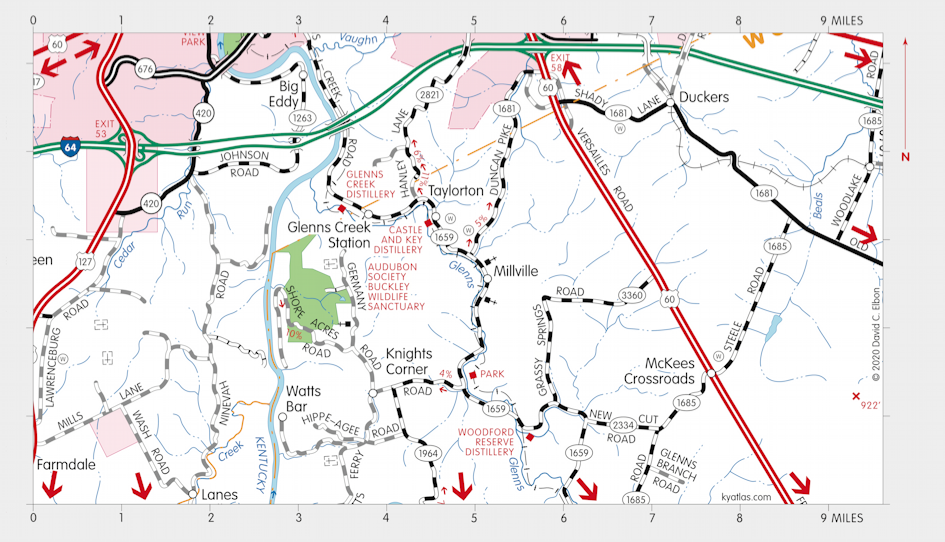 Glenns Creek Station is in Woodford county on Glenns Creek and KY 1659 between Taylorton and the Franklin county line. A Quire post office, named for storekeeper and postmaster John C. Quire, operated in the vicinity from 1898 to 1903.

Glenns Creek Station is the site of the Old Crow Distillery, established about 1835 and ceased operation about 1985, although some warehouses were still in use later. Some of the buildings were dismantled. In 2016 it reopened as the Glenns Creek Distillery.

Glenns Creek Station was on the Kentucky Highlands Railroad, constructed in 1907 and 1908 from Frankfort to near Millville to serve the Old Crow and Old Taylor distilleries. The line was acquired by the Louisville and Nashville Railroad in 1908 and in 1911 it was extended to Versailles to connect with the Louisville and Atlantic Railroad (originally the Richmond, Nicholasville, Irvine, and Beattyville Railroad or RINEY-B). The Millville to Versailles section of the line was abandoned in 1932 and the original section in the 1990s.