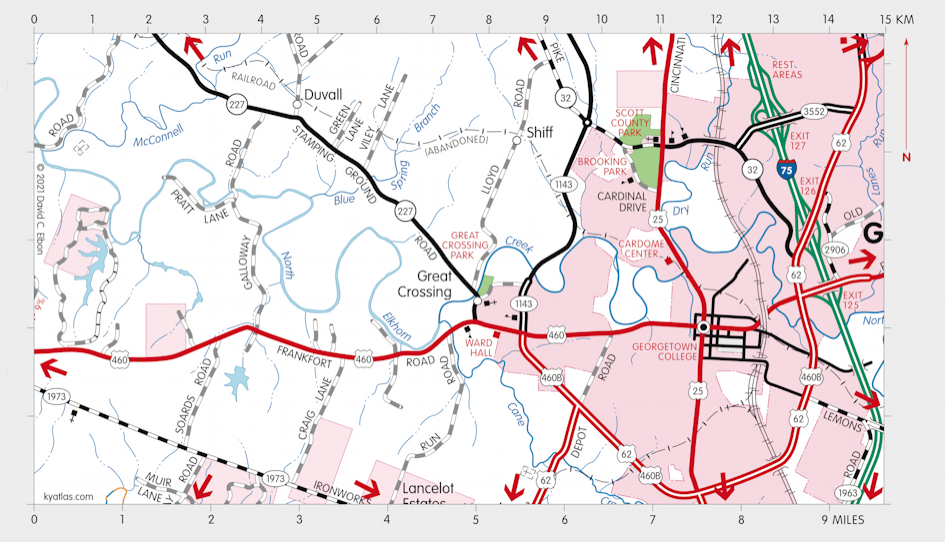 Great Crossing is a Scott county community on North Elkhorn Creek just west of Georgetown. It was founded in 1783 by Robert Johnson where bison crossed the creek and was variously known as Johnson's Station, Great Buffalo Crossing, The Great Crossing, or the The Crossing. The Great Crossings post office operated from 1811 to 1905.

Located about two miles northwest of Great Crossing was the Choctaw Academy, established in 1825 on the Blue Spring farm of Richard M. Johnson. It was funded by the federal government and operated by the Department of War. Five buildings were constructed for the school and it at one point had more than 100 students — boys from the Choctaw and other tribes and a few local boys. The Marquis de Lafayette visited the school during his tour in 1825. In 1831 the school moved to Johnsons's White Sulphur Spring farm. One stone building, now nearly in ruins, still stands at Blue Spring.