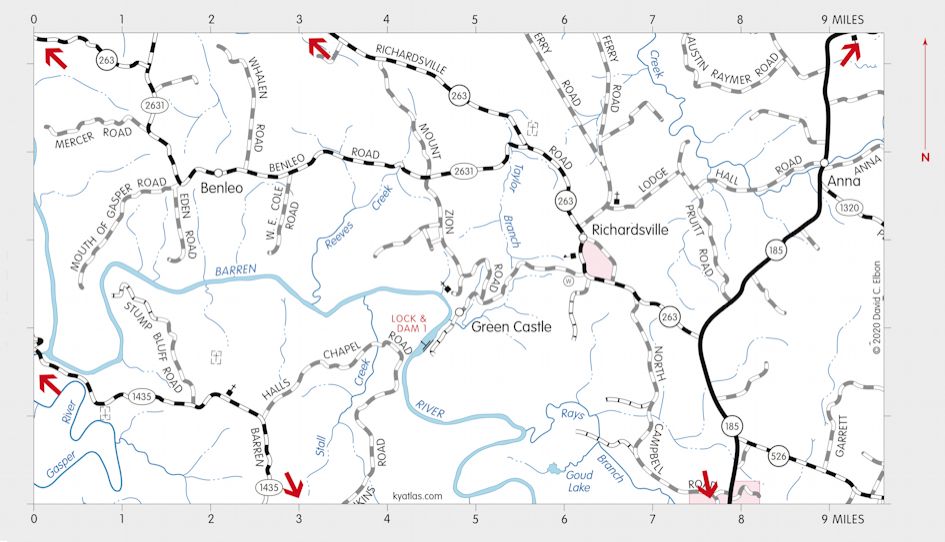 Green Castle was a Warren county town on the Barren River at the mouth of Swan Creek (now known as Taylor Branch) about six miles north of Bowling Green. Green Castle was a river port and included mills and other industry in the nineteenth century. It was also known as Browns Lock, named for William Brown who owned a mill. It was mostly abandoned by 1925 and there is little left of the town. The town was incorporated as Greencastle in 1869, but was later dissolved. The Swan Creek post office opened in 1850, was renamed Green Castle in 1856, and closed circa 1895.

Barren River Lock and Dam 1, the only lock and dam on the river, was completed circa 1845. The dam is still standing, but the locks are no longer in use.