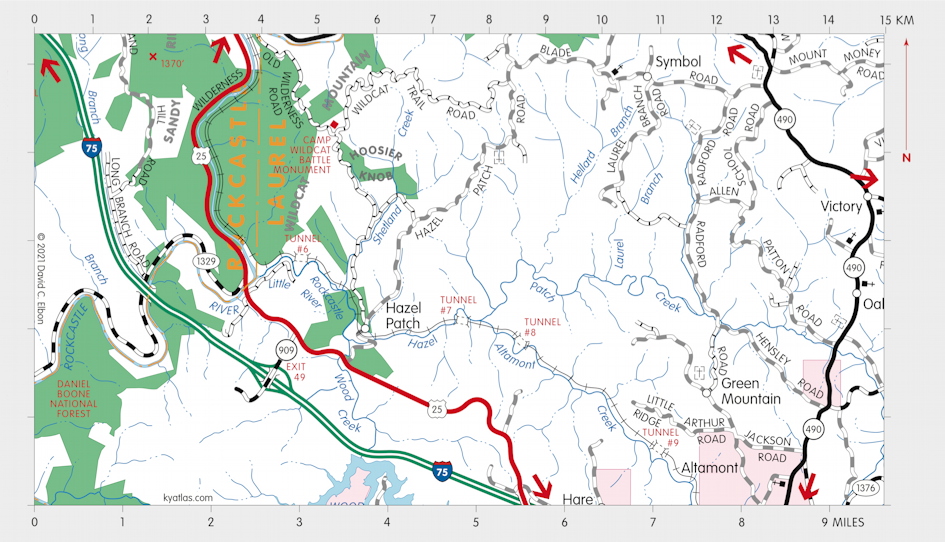 Hazel Patch was a Laurel county community about ten miles northwest of London. The original location was several miles to the east on Hazel Patch Creek at the junction of the pioneer Boone's Trace and Skagg's Trace. The name came from the plentiful hazel at the site. John Woods built a blockhouse in the vicinity in the late eighteenth or early nineteenth century. A Hazelpatch Station was operated by the railroad from the late nineteenth to early twentieth century at the latter site.

About three miles to the north is the site of the Civil War Camp Wildcat battle.