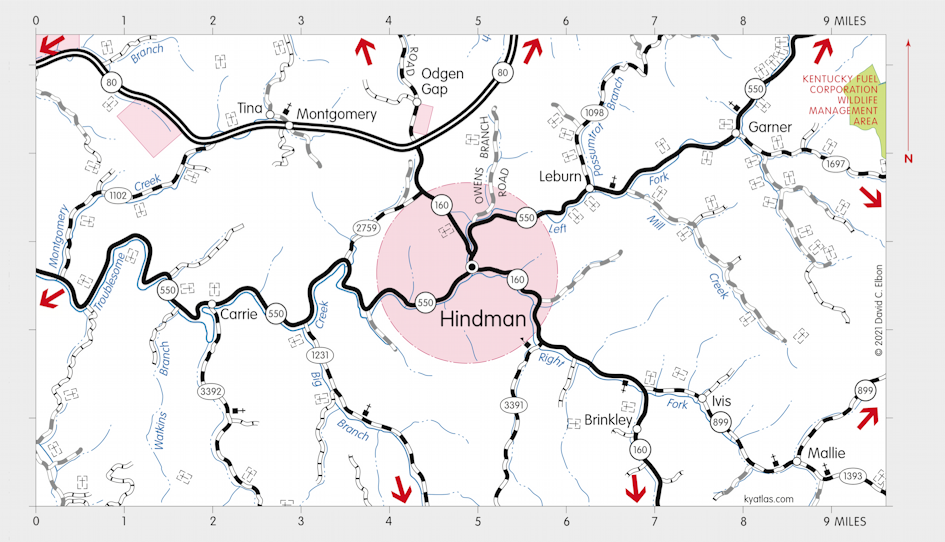 Hindman, the seat of Knott county, is at the forks of Troublesome Creek. Settlement began by the 1850s and Hindman was established in 1884 when the county was formed. It was named for then Lieutenant Governor James P. Hindman.

Hindman was incorporated in 1886.

A post office operated in the area from 1854 to 1863 using the names Cornett's Valley and Cornett's Mill. It reopened in 1874 as McPherson and was renamed Hindman in 1884.

Hindman is the home of the Hindman Settlement School, established in 1902, and was the birthplace of Carl D. Perkins, congressman from Kentucky from 1949 to 1984.

The forks of Troublesome Creek rise to the east of Hindman and it then runs through Perry county and into Breathitt county before entering the North Fork of the Kentucky River at Haddix.