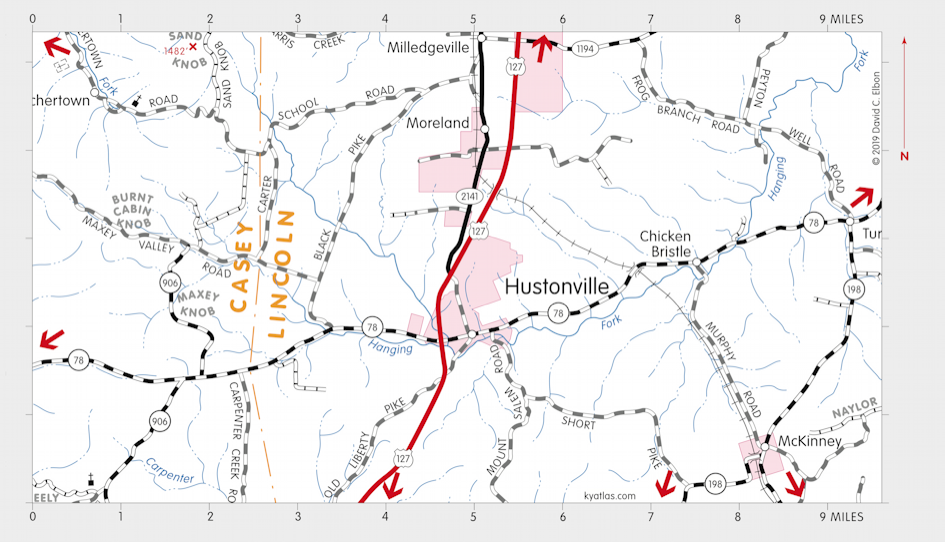 Hustonville is a western Lincoln county town about nine miles southwest of Stanford. It was named for the Huston family, early settlers in the area. In the late eighteenth and early nineteenth centuries it was known as the Cross Roads and Farmington. Hustonville was incorporated in 1850. The post office opened in 1818 as Hanging Fork, later was briefly known as New Store, then Hanging Fork, and finally Hustonville in 1837. The population in 2010 was 405.