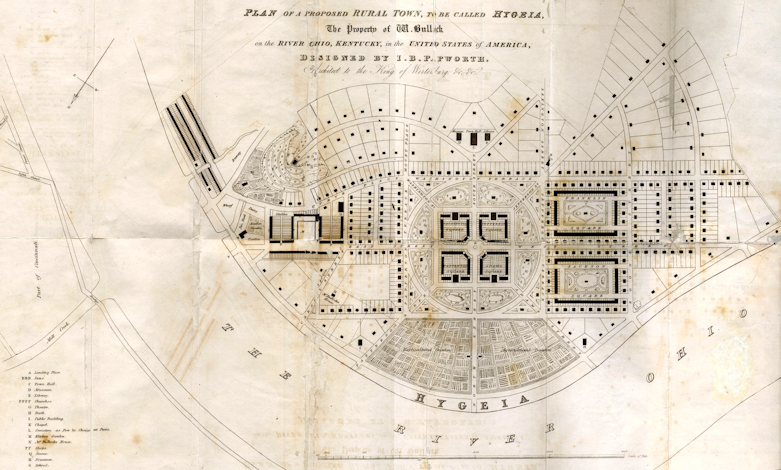 Hygeia was a proposed city on the Ohio River in what is now Kenton county where the city of Ludlow is today. At the time the area was still part of Campbell county. It was named for the Greek and Roman goddess of health.

In 1827 English speculator William Bullock bought a large tract from Thomas D. Carneal, had a town plan drawn by the English architect John Buonarotti Papworth, and began advertising. The plan included various public buildings, a school, library, museum, baths, churches, and several squares. Nothing was built and the land was sold to Israel Ludlow in 1831.